Several mornings lately I’ve taken my early morning walk intending to experiment with listening more. I wanted to pay attention to the sounds of spring.

As I walk, bird song and other natural sounds often fade behind everyday preoccupations. Last Tuesday I found the concentration to  sharpen my listening. It was a wonderful exercise.

I stood at the top of a hill and marveled at the variety of birds I was hearing.  Many of the songs and calls were easy to identify.  All of them together were wonderful.

Bird song was coming from four directions. Some was produced only a few feet away and some was coming from at least a half-mile away.  Using my phone, I began recording. I made four 30-second recordings.

All four recordings establish, without a doubt, that I breathe. I had held the phone near my right ear and the sound of my heavy breathing (I had just climbed the steep hill) drowned everything else out. A rookie mistake.

Never mind, I tried again. This time I held the phone as far away as my arm would reach. Playing that recording I heard a small quartet, not the symphony that was actually going on. I decided to simply enjoy the music and try to record another day.

On my way home I was able to capture the love song of a Song Sparrow . Turn the sound up!

flicker, robin, bush tits, chickadees, crows, and many more. There was the symphony I’d been looking for– in my own back yard.

6 thoughts on “Listening to the Season” 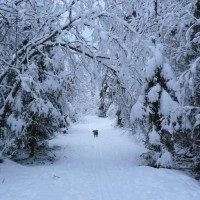 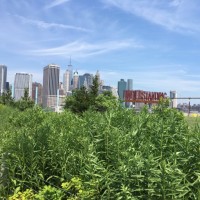